Nebraska is the Heart of Sports.

Despite having a statewide population of under two million, few states match the passion Nebraska has for sports.

Their beloved football team has sold out every home game since John F. Kennedy was in the White House.

Both the Creighton Bluejays and Nebraska basketball teams rank in the top 10 in college basketball attendance each year. 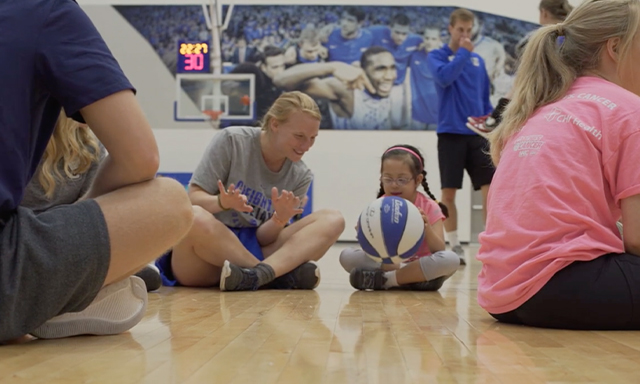 Along with college basketball, the College World Series has been a staple in Omaha since 1950 and draws over 350,000 fans annually.

Not to mention Husker volleyball, who leads the nation in attendance averaging 8,000 fans per match and Nebraska baseball, who also ranks in the top ten.

All this to say, sports are a big deal for people living “the good life”. Making the teams and athletes that give back to the state all that much more influential.

2020 marked the second year of the “Creighton Abilities Camp”. 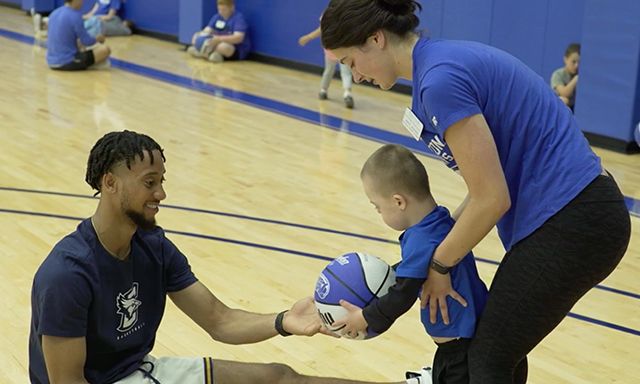 Each child gets paired with a third-year physical therapy student, who prepares for the day by consulting with the child’s family.

On the day of the event, stations are staffed by student-athletes who help the kids learn the fundamentals of basketball.

Every month on Power of Sports, we mention the incredible moment from the Huskers 2013 Spring Game when pediatric brain cancer patient Jack Hoffman ran sixty-nine yards for a touchdown. 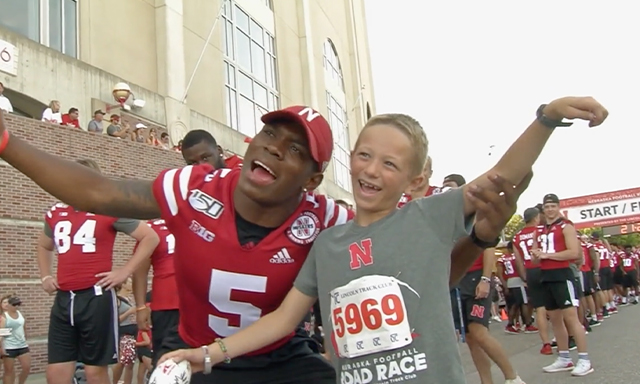 One annual event that helps raise funds is organized by the Husker football team, where more than 150 players help host the “Team Jack Road Race”.

Husker players join kids in a one-mile fun run and then cheer on runners in a 5-k race.

The event is nearing one thousand runners annually and all proceeds benefit pediatric brain cancer research at the Fred & Pamela Buffett Cancer Center, at the University of Nebraska Medical Center.