Bob Brown was born and raised in Cleveland, Ohio. He was two years into his career as a Husker when legendary Head Coach Bob Devaney took the helm in 1962.

Devaney called Brown, who played on the line on offense and linebacker on defense, “the best two-way player I ever coached”.

And Brown regarded Devaney as a father figure.

“There were times I felt isolated, but Coach Devaney’s door was always open for me.”
– Bob Brown

During Brown’s tenure at Nebraska, it was a very turbulent time in our nation’s history. Brown grew up in a segregated community his entire life before becoming a Cornhusker.

Fortunately, coaches like Bob Devaney welcomed in Brown and ensured he knew they were on his side. 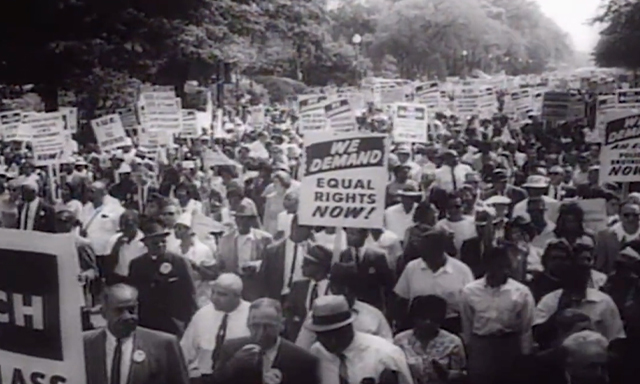 Brown recalled how on trips to play against Oklahoma and Oklahoma State, African American players typically rode with other black professionals and stayed overnight at their homes for their own safety.

But, Bob Devaney was insistent that his players remain together.

“We practice and play as a team. We ride as a team.”
– Coach Bob Devaney 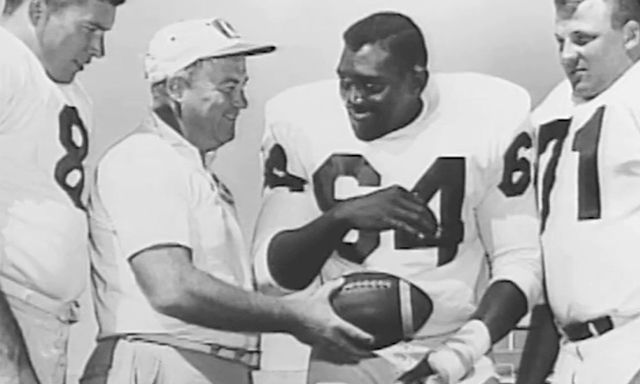 After his time at Nebraska, Brown went on to play 10 seasons in the NFL for the Eagles, Rams, and Raiders, making six Pro Bowl appearances.

Today, he’s a college football and pro football Hall of Famer, and his jersey number is retired at Nebraska.